Back to Latest
We blend cutting edge research and technology with ingenuity, human insights and creativity, delivered in a seamless experience for our clients. We call that The Art of Human Sense™.

Apple is limiting ad tracking on its Safari browser by replacing user cookie preferences with a set of Apple-controlled standards. The feature, which is called “Intelligent Tracking Prevention,” limits how advertisers and websites can track users by putting in place a 24-hour limit on ad retargeting.

Apple says the intent is to ensure that users only have persistent cookies from sites they interact with while tracking data is continuously cleaned out. Intelligent tracking prevention doesn’t block ads.

Impact of ITP on Advertisers

Safari has always made it challenging to target and measure due to their default settings, which already didn't allow 3rd party cookies. The new release will block 1st party too but advertisers were already working at a disadvantage which makes this change impactful but not as drastic.

Currently it’s too early to measure the level of impact ITP will have on cookie behavior and campaign performance. We will be monitoring closely, and testing as we see more iOS 11 mobile users in the market. 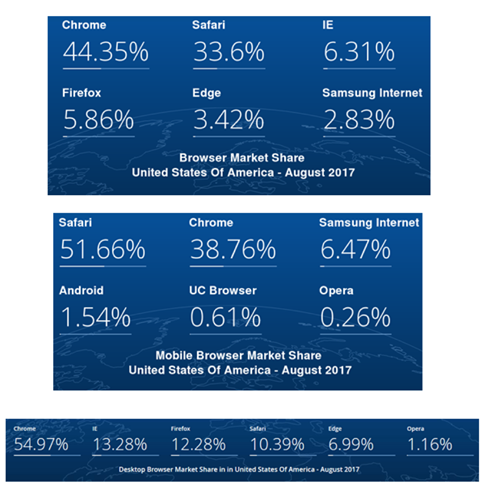 How to Reduce Media Spend Waste & Optimize Your Advertising Spend
USIM Explains Programmatic versus Linear Television and What You Need to Know
Influencer Marketing in an Increasingly Remote World
Why First-Party Data is Your Most Important Asset for 2022
USIM’s Guide to Facebook and Instagram Marketing Strategy & Best Practices
Should You Bid on Your Branded Keywords?